Dazzle is our first Dalmatian. He was born at the home of Nelleke van Erp (Dalmoor Manor) in a litter of 7 bitches and 1 dog. It was love at  first sight!! Dazzle is a wonderful dog, always lively and in for a hug. Dazzle is a very active dog with a golden character. He really enjoys company: people and dogs. He is even friends with our rabbits that run loose in the house. They often sleep together on the couch.

Dazzle enjoys sporting but a long walk or running along with the pony and the sulky is also great. Dazzle really loves presents and new toys. His favourite days of the year are his Birthday and St. Nicholasday on the 5th of December. It is surprising how he picks his own presents out of the bag. He is an expert in unpacking his presents. After admiring it he plays with the new toy until he receives the next present.

When Dazzle sleeps he likes to lie comfortably. Before he goes to sleep he collects all his blankets and a few pluche toys. A cushion under his head and tucked in with a fleece blanket.... he rewards you with a loud, contented groan.

As a young dog and later after his second Birthday Dazzle has regularly been to shows. He has achieved the neccesary good results. He became Dutch, Luxembourg, Belgium and International Champion. He even had some amazing results out of veteran class. We are very proud for that!

In July 2009 Dazzle became father of our first own bred litter. Out of this litter we kept a great girl; Multi Champion Handsome Friends Adamas Koh I Noor.

We enjoyed this fantastic dog every day of his life. It was the best dog we could ever wish for. Sadly he passed away two months before his 14th Birthday. R.I.P. sweet boy.

Picture's of Dazzle working. Click on the button to see the album; 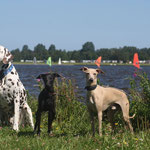 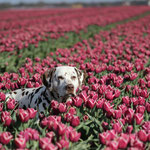 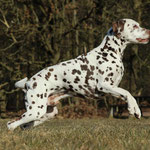 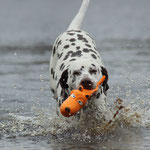 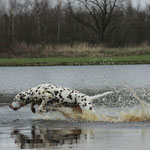 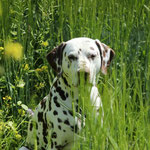 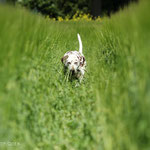 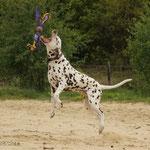 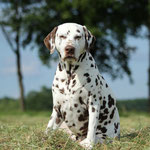 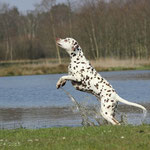 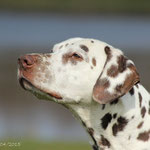 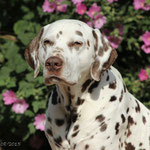