Masai is our first bitch. She is from a litter of 5 dogs and just 1 bitch. We waited a long time for this litter because we definitely wanted a daughter of Multi Champion First Forest Fetch the Edge.

Masai is a real lady and knows exactly what she wants! She is a very happy girl. She really loves playing and often persuades Koh I Noor to play with her. She loves cosiness and always wants to accompagny everybody who is going somewhere.

In July 2009 Masai gave birth to 7 lovely puppies, 5 bitches and 2 dogs. We kept a lovely bitch out of this litter; Multi Champion Handsome Friends Adamas Koh I Noor.

Masai always greets people she knows with a big smile, even the horses and cats get a big smile. This shows Masai's character: happy but also meek.

Masai likes to work and has a great will to please. She did the basical dog course and scored the highest points on every element. The examinator critiziced Masai as a relaxed dog with an enthousiastic attitude to people and neutral to other dogs. We are very content with this professional evaluation of Masai's character.

Masai also enjoys several dogsports. At this moment she goes to dogdance lessons and she really enjoys this!

Sadly Masai became very ill at the age of 12,5 and we had to let her go. We're very greatfull she became old very fit and healthy, two weeks before she died she still walked 2 hours a day! We miss her a lot. R.I.P. sweet princess.

Picture's of Masai working. Click on the button to see the album; 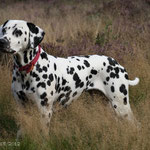 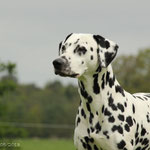 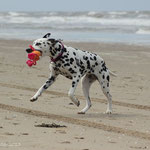 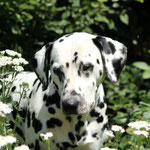 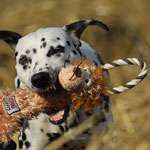 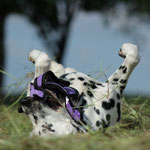 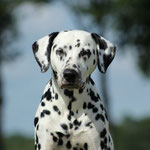 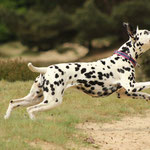 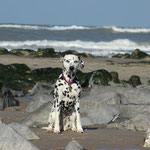 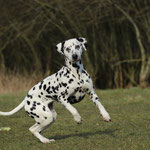 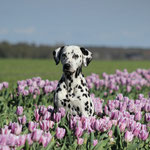 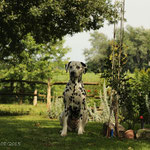 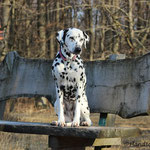 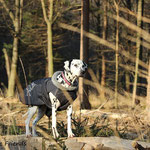 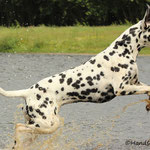 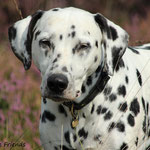